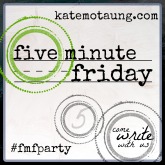 This post is in reponse to the word prompt on Five Minute Friday.   // indicates where my five minutes began and ended.

My attitude is never to be satisfied, never enough, never. ~Duke Ellington

What I can’t get enough of is…

Baseball was, is, and always will be to me the best game in the world.  ~ Babe Ruth

Yesterday was one of my favorite days of the whole year – opening day of baseball season.  Usually, I have a countdown to opening day hanging outside my classroom door. Beginning on the first day of spring training I would change the number each morning to indicate how many days I had to wait until I would see my beloved Philadelphia Phillies return to the diamond. This year my preoccupation with my walker and fracture took my attention – no sign out front, but I was secretly counting in my mind. I couldn’t wait to get home to settle in my seat in front of the TV to watch the game.  I am happy to report that the Phillies won game one of their 162 game season!

Baseball reminds me of days gone by.  Growing up we could not watch the Phillies on TV unless they were playing out of town. Home games were not televised, so we would listen to the games on radio.  My oldest memory is of Richie Ashburn and By Saam calling the games. Then Harry Kalas joined the mix in the 70’s. These games were the soundtrack of summer.

If we weren’t listening to the games, we were at the local playground watching my brothers play baseball.  Of course those were the days before girls were allowed to play sports. We eat dinner very early, so we could all get to the field in time for batting practice.  My dad was often the coach of one of their teams.  I learned the game by sitting in the stands all those years.

Later, I was in the stands again, only this time I was watching my kids play baseball or softball.  Again, we would eat dinner early and head out to the field as a family.  We cheered on the players until the sun began to set, and it got too dark to play.

Baseball is America’s game.  I know that there are many who would argue that football is the game, but I disagree. Some people think that baseball is too slow.  I think it is relaxing.  It gives you time to unwind and enjoy yourself.  Baseball may not be your game, but it certainly is my game.